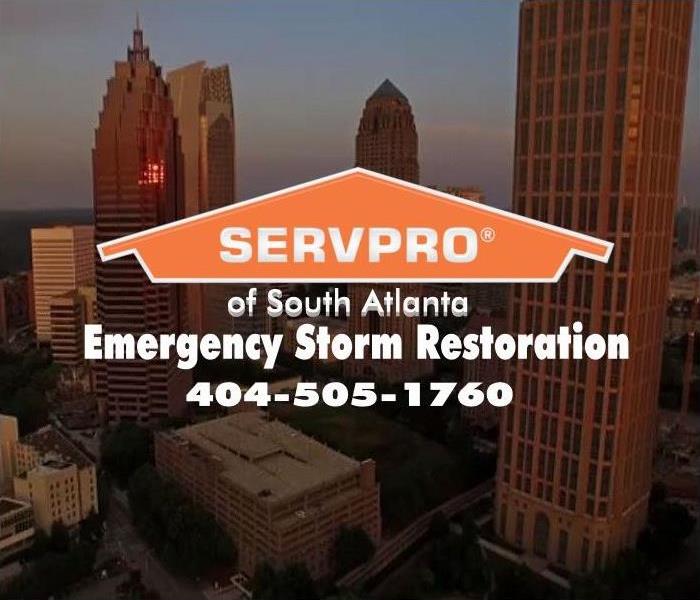 Have storm damage? Need flood water extracted? Call SERVPRO of South Atlanta today! We can make water damage "Like it never even happened."

Atlanta faces many types of disasters on a fairly regular basis.  These disasters include tornadoes, severe storms, floods and winter storms.  There are also man made and disease threats that Atlantans and all Americans face.  Most of the time these happen quickly and with little to no warning. It is important that every Altantan knows what to do in case of emergency.

Over the last 50  years, more than 1,450 tornadoes have been reported in Georgia.  Even though these storms can occur at any time of the year, March, April and May are traditionally the most active months.

Severe storms are the most common types of natural disasters that affect the Metro Atlanta area.  They have the potential to cause extreme damage, potentially resulting in flooding, downed trees, and widespread power outages.

Although Atlanta has not experienced a large scale terrorist attack, it is still at risk.  These attacks typically occur without warning.

When a pandemic outbreak occurs there is usually little to no time to fully prepare.  These outbreaks spread rapidly and oftentimes without even realizing a person is spreading the virus.

Throughout these different types of powerful storms, SERVPRO of South Atlanta has been there to assist the residents of Atlanta and North Georgia.  With our extensive knowledge and IICRC certifications we remain the #1 choice for disaster relief in Georgia as well as nationwide. We continue to be there to help you get back to your pre-disaster state, “Like it never even happened.”